An Interview with Russell Moore 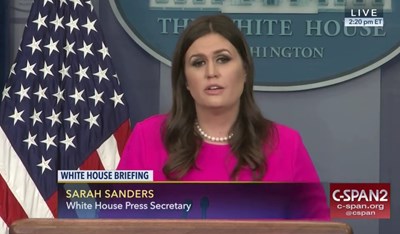 WASHINGTON (BP) — Experiencing the atmosphere of the West Wing is an unforgettable experience for anyone. But it’s an everyday experience for White House Press Secretary Sarah Huckabee Sanders.

As the daughter of former Arkansas Gov. Mike Huckabee, Sanders took an interest in government and politics from an early age. Her extreme interest in politics “doesn’t make me sound like a very fun 7-year-old,” she joked in an afternoon interview.

Sanders, named as White House press secretary in July 2017, spoke with Baptist Press about her time in the role so far and how her Christian faith intersects with her work. The energy and zeal Sanders brought to the interview made clear her passion for her work in the Trump administration.