An Interview with Lecrae 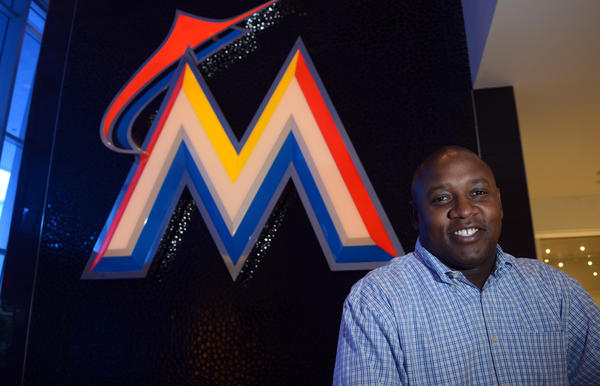 Due to his determination and faith, there haven’t been very many strike outs in Michael Hill’s, the President of Operations for the Florida Marlins, life. Hill’s rise to success has been anything but easy. It has been an ascent met through determination and faith, and mingled with strategic thinking. Although this baseball season is over, according to Hill, the baseball season is really never over. In fact, Hill states that it begins once the season ends.

Hill, who is married and the father of three, comes from a middle class, Cuban-African American background, from Cincinnati, Ohio. Moreover, Hill is the only Cuban-African American president of a major league baseball team. He credits his parent’s faith, hard work, and zeal for transforming him into the person that he is today. Hill is the youngest of three siblings, and hails from a long background of family and faith. His grandfather was a Baptist preacher for forty-eight years, and his brother, Ben, is also a Baptist minister in the Atlanta area.

Baseball and sports have always been an integral part of his life. In high school Hill dabbled in football as well. He loves the fact that he was a two-sport man. However, while shining in sports was important, excelling in learning and faith are what mattered most in his family life and formative years. Indeed, if Hill didn’t receive good grades, he wasn’t allowed to play sports. The motto in Hill’s family was as follows:

“Do what you have to do first, and then you get the chance to do what you want to do.”

This motto contributed to Hill’s acceptance and overwhelming success at Harvard University, where he also played baseball. After graduating from Harvard, he went onto be drafted by the Texas Rangers. While playing in the majors, Hill met with an injury that caused him to reevaluate his life-long ambition of induction into the Hall of Fame. His injury led him to work in the Tampa Bay Devils front office, where he received the crucial, life-changing experience that has him doing what he is doing now.

Hill still believes that one day he will be inducted into the Hall of Fame, just not as a player. Many athletes who experience a career ending injury would have probably given up, but not Hill. He decided that if he wasn’t able to be on the field, he still wanted to be part of the game of baseball. Hill credits this decision with being at peace with what he could not control. He truly believes that you only can move forward by being able to deal with obstacles. It all comes down to having faith in God and letting go of that which is out of your control.

One of the things that enables Hill to thrive in a highly competitive culture is actively avoiding negative energy. When asked how he continually manages the pressure of baseball negations, he shares a three-step formula for dealing with it. First, you have to be informed in dealing with negotiations and contracts of players. Second, Hill believes that one should intelligently employ the art of negotiating. Third, Hill then makes sure that he is fair with players. Sometimes a player or agent feels like they haven’t gotten their fair share. When that does happen, Hill asks them to not to start off negotiations with “just because.” Hill mitigates those comments and others like them, by knowing that he has been informed and fair. According to Hill “just because” statements aren’t factual. When negotiating in life one of the best things to do, according to Hill, is to put aside emotions and stick with facts.

There are times, even when you have all the facts, that negotiating just doesn’t add up, and that is ok. Hill attributes his faith in helping him through those times. He believes that sometimes faith can get lost in baseball. He also attributes his rise in the organization to having a selfless attitude. According to Hill, it is only when you have a selfless attitude that you are willing to make the sacrifices that are needed to be part of a team. Almost everything we do in life revolves around being part of a team. Being that Hill is in the baseball business, when asked what makes a good team, he refers back to being able to sacrifice for the team and knowing your place. Hill also believes that a good team not only has to desire to be selfless, they also have to avoid envy and jealousy. Hill believes that teams that don’t measure up usually have a hard time dealing with envy.

Hill not only believes what he preaches, he also lives it as well. He is involved in the training and mentoring of over one hundred children and teenagers in the Miami area. Hill loves the community of Miami, and believes that the team is only as good as they are in giving back to the city. According to his brother, Ben, who is Hill’s biggest fan, being able to give back has always been who Michael is. Ben makes it clear that Michael has always been one who works hard and gives back, whether it’s training for a marathon or conducting business for the Marlins. From Ben’s perspective, Michael always delivers and puts his heart into what he is doing. Michael does not take it for granted that his brother Ben and his entire family are his biggest fans. In fact, he makes it clear that without them he would not be who he is today, a man of faith and determination.