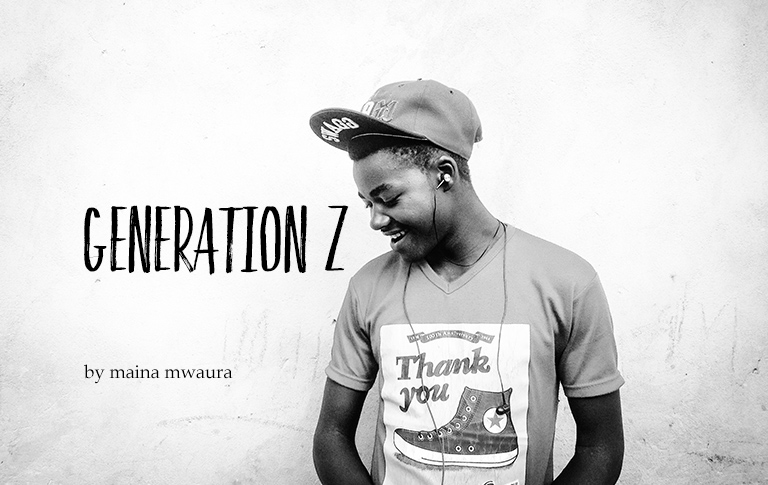 As a grade school student, I loved singing the traditional Alphabet Song. I especially loved the end. When it came time to sing that final letter, I would shout the letter Z loudly and with great enthusiasm. Yes, the letter Z would reassure me that I was not only at the end of the song, but I had completed the task. It was finished.

As church leaders, God has called us to not only fulfill the task that he has set before us, but also to know and understand the culture around us. For many years, we have focused primarily on one sub-culture culture, the millennials. This focus has been justified because this sub-culture has exhibited huge influential over the larger culture of the church. Several books and blogs assert without hesitation, the importance of understanding the driving forces of this generation; however, just like Christ challenges us to complete his task, he also calls us to discover his new things.  New ideas are awakening and maturing within Generation Z. They are the next culture in line for us to know and engage.

Here are the top ten things that we know about Generation Z.

Generation Z is composed of the individuals born in the mid-to-late 1990s.

According to Forbes magazine they make up 25% of the population, larger by far than the Baby Boomers and Millennial generations.

3. THEY ARE THE CHILDREN OF GENERATION X, SELF-NAMED THE SKEPTICAL GENERATION.

This could mean that Generation Z may pick up that cynical characteristic. Many Generation X believe that the American dream isn’t attainable.

4. GENERATION Z HAS JUST STARTED TO ENROLL IN COLLEGE AND SOME OF THEM ARE NEARING GRADUATION.

This may lead many to believe underestimate this generation, perpetuated by the belief that we can’t really know much about this generation because they haven’t had an opportunity to yet made their mark. While this is a valid point; I urge caution in jumping to this conclusion. For those of you that have children, you are aware that certain characteristics of your children were evident even in their early youth. I believe there are certain gifts and characteristics of Generation Z are now being formed. Recognizing these gift in advance will help us stay in front of this generation and not play catch up.

5. THIS ONE WILL NOT SURPRISE YOU AT ALL: GENERATION Z IS TECH-CENTRIC.

6. GENERATION Z IS THE FIRST GENERATION SINCE THE GREAT DEPRESSION TO HAVE EXPERIENCED FINANCIAL HARDSHIP.

Generation Z saw their parents walk through the loss of homes and jobs. This is a generation that may seem less settled because of what they have seen their parents lose.

7. THEY BELIEVE THAT EDUCATION IS THE KEY TO GAINING A BETTER LIFE AND SUCCESS.

Many of them start preparing for college earlier than their millennials parents and Generation X. This preparation also tends to breed a competitive spirit because many of them also express the fear and worry of being able to afford it.

8. FAMILY LIFE IS VERY IMPORTANT TO THEM.

According to the book, Generation Z Goes to College, 88 % of Generation Z feels extremely close to their parents. Another point to the note is that this generation has seen a huge rise in home schooling, which may attribute to this.

9. THEY ARE EXTREMELY DIVERSE.

This is a trend that we have seen in generations before them. This generation is composed of only 55% of Caucasian descent, with Hispanics coming in second, at 24%.

According to research done by Joan Hope, 41% of Generation Z has attended church in their young adulthood, which could make life for us in ministry exciting and complicated in what to do with this new wave of church goers.

Our generation isn’t the first generation to walk through a time of uncertainties. In understanding the generation to come, be confident as God assured the Israelites in Isaiah 43:19, that he is doing a new thing. He will provide a way, even in the wilderness. May we endure on this adventure of examining and engaging Generation Z, finding comfort and encouragement knowing that God has gone before us.

See, I am doing a new thing!
Now it springs up; do you not perceive it?
I am making a way in the wilderness
and streams in the wasteland. (Isaiah 43:19)